This group has been able to continue through out lockdown using Zoom.  We even managed one face to face meeting in the summer when Covid restrictions were eased. A minimum of eight people usually attend on zoom to discuss the book choice which is made by mutual agreement. One person in the group volunteers to summarise the book in more detail and that kicks off a lively discussion. We read a variety of novels both literary and page turners. There is no commitment to read the book if you haven’t got time or find it doesn’t appeal.  Although our numbers are limited there are some spaces if anyone fancies taking part.  If you are interested or would like more information please contact Mark via the below form.

To give you a flavour of the type of  novels we have read over the last few months, here are some examples.

Grapically written; This tells the moving story of a Mother and young son fleeing Mexico on the run from the drugs cartel after her family is murdered. It tracks their journey as refugees trying to start a new life in America as illegal immigrants. It was a page-turner, receiving 5-star scores from all members of the group

The Dinner Guest by B P Walters

More a holiday read. This is what is known as a Domestic Noir thriller.  A opulent West London family in a tale of secrets and lies that leads to murder round the dinner table. Lots of twists and turns.

Hamnet by Maggie O’Farrell, winner of the Women’s Prize for Fiction 2020.

This novel charts the story of William Shakespeare and Agnes (Anne) Hathaway’s courtship, early married life and the birth of their twin children, Hamnet and Judith. William is not mentioned by name in the text. There is the re-imagining of their home life, the horror of the plague, the poignancy of the death of Hamnet and the survival of his sister. It focuses on a mother’s love and grief and ends with her watching the play her husband wrote (named after their son) Hamlet – who survives.

A Gentleman in Moscow by Amor Towles

When Count Rostov returns to Russia in 1922, he is summonsed to a Peoples Court but is saved from execution because of a poem written in his youth. His sentence is life imprisonment in hotel Metropol. He has to quickly adapt to being an ‘ordinary man’ living in the attic. Feeling his life has no purpose he tries to commit suicide but friendship & love will replace his old values of possessions, status & wealth. He becomes head waiter in the restaurant, bringing him into contact with important people.

The Lamplighters by Emma Stonex

This is set in Cornwall and tells the story of the disappearance of three lighthouse men and how it affected the women in their lives when twenty years later, the past is revisited and the truth is revealed.

We are happy for you to come to a Coffee Morning or one main Monthly Meeting and to attend one individual group (with the exception of groups that require pre-booking and ticket purchases) before deciding whether to join St Austell u3a. 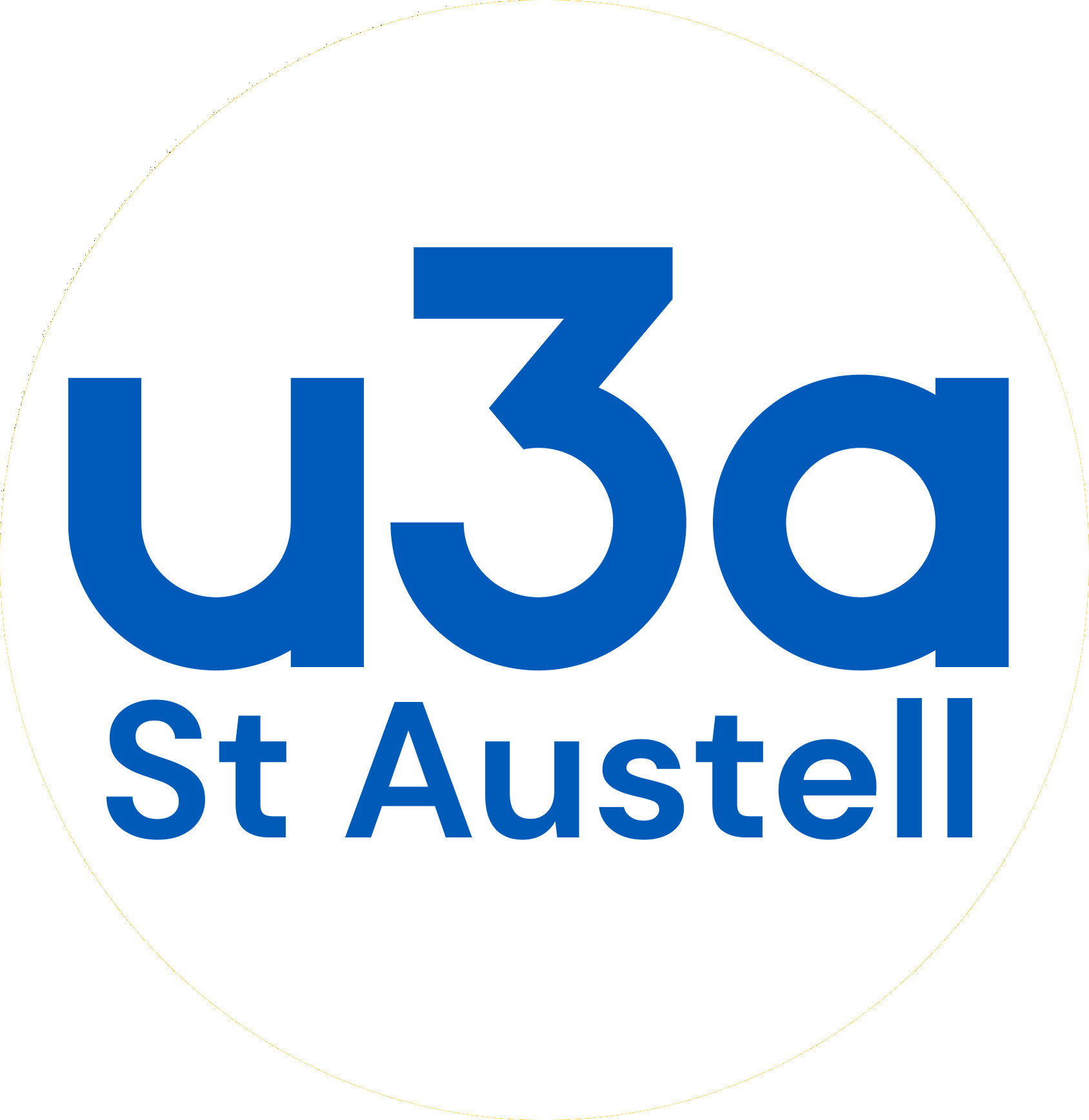